Described by The Times as a “reluctant sex symbol,” Scarlett Johansson’s name can be easily found on virtually any list of attractive Hollywood stars. The first woman to be crowned Esquire’s “Sexiest Woman Alive” twice, Johansson has also been featured as one of People’s “Most Beautiful” multiple times throughout her career. She’s undeniably gorgeous, sure — but if you think Johansson achieved international superstar success by relying on her appearance, you couldn’t be more wrong.

Johansson has proved time and time again that she’s a force to be reckoned with. The Avengers: Infinity War star expertly tackled Marvel’s physically demanding Black Widow role with skill and confidence. She broke our hearts with only the sound of her voice in Her. And don’t forget her critically acclaimed performance in Lost in Translation alongside one of the most celebrated actors of a generation (Bill Murray) — Rolling Stone predicted the then-18-year-old’s performance would be talked about for years to come. They were right.

There’s a lot to be learned about Johansson from her incredible career — most importantly, perhaps, is that the multitalented star is so much more than a pretty face. Here’s the untold truth behind one of the brightest stars in Hollywood.

Talent is in her genes

There’s no question that Scarlett Johansson is blessed with some seriously killer genes — and not just in the looks department.

Believe it or not, the mega-talent comes from a family of — you guessed it — mega talents. The daughter of an architect and an aspiring actress, Johansson and her three siblings were raised in a home where cinema was a staple. Her mother, Melanie Sloan, fed the children a steady diet of classic films. When Johansson was 8 years old, her mother enrolled her in the famous Lee Strasberg Theatre Institute for Young People. Sloan, once an aspiring actress herself, set her own dreams aside to help the youngest of her children achieve world-renowned success.

Johansson’s mom isn’t her only family member with enviable acting chops. Vanessa Johansson may not be as famous as her baby sister, but she’s certainly not lacking of talent. The older Johansson sister, an accomplished voice actor, actually directed her younger sister in Audible’s recording of Lewis Carroll’s Alice’s Adventures in Wonderland, telling People the collaboration with her younger sister was “kind of a no-brainer.”

Her twin brother is gorgeous, too

If you’ve ever found yourself wishing that the world had more of Scarlett Johansson, then you’re in luck! While there’s only one of her, your favorite Marvel maven has a twin — which is pretty much the next best thing to a full-on ScarJo clone.

Hunter Johansson isn’t quite as famous as his superstar sis, but make no mistake about it — he isn’t lurking in the shadow of in his twin’s spotlight. Not only is he absolutely gorgeous (he is a Johansson, after all), Hunter has a pretty impressive resume under his belt. According to Us Weekly, the younger Johansson twin (by three minutes) worked as a part of President Obama’s 2008 campaign, as well as his reelection.

Bustle reports that Hunter also served as a community organizer for Scott Stringer, former Manhattan Borough President. One glance at Hunter’s Instagram shows that he’s definitely a New Yorker through-and-through — his account has a plethora of pictures showcasing the beautiful New York City skyline, delicious food, and abs for days.

Released in 2008, “I Kissed a Girl” served as the lead single off Katy Perry’s sophomore studio album, One of the Boys. The song was described by critics as an “instantly catchy number,” an undeniable statement if you’ve ever heard the tune. It’s a one-of-a-kind, unforgettable little number — which makes sense, considering it was inspired by a one-of-a-kind, unforgettable A-list celeb.

In an interview with Steppin’ Out magazine (via NME), Perry revealed the exact moment she was struck for inspiration for the summertime jam. “‘I Kissed a Girl’ was inspired when I opened up a magazine and I saw a picture of Scarlett Johansson,” Perry said. The “Firework” songstress even told her boyfriend at the time that she hoped he’d be okay with Perry “making out” with Johansson, should the opportunity ever arise.

Johansson’s response? The actress, married to Ryan Reynolds at the time of the song’s release, told Allure (via People), “That’s flattering, but my lips are kind of taken.”

The beauty, the acting, and… the voice? 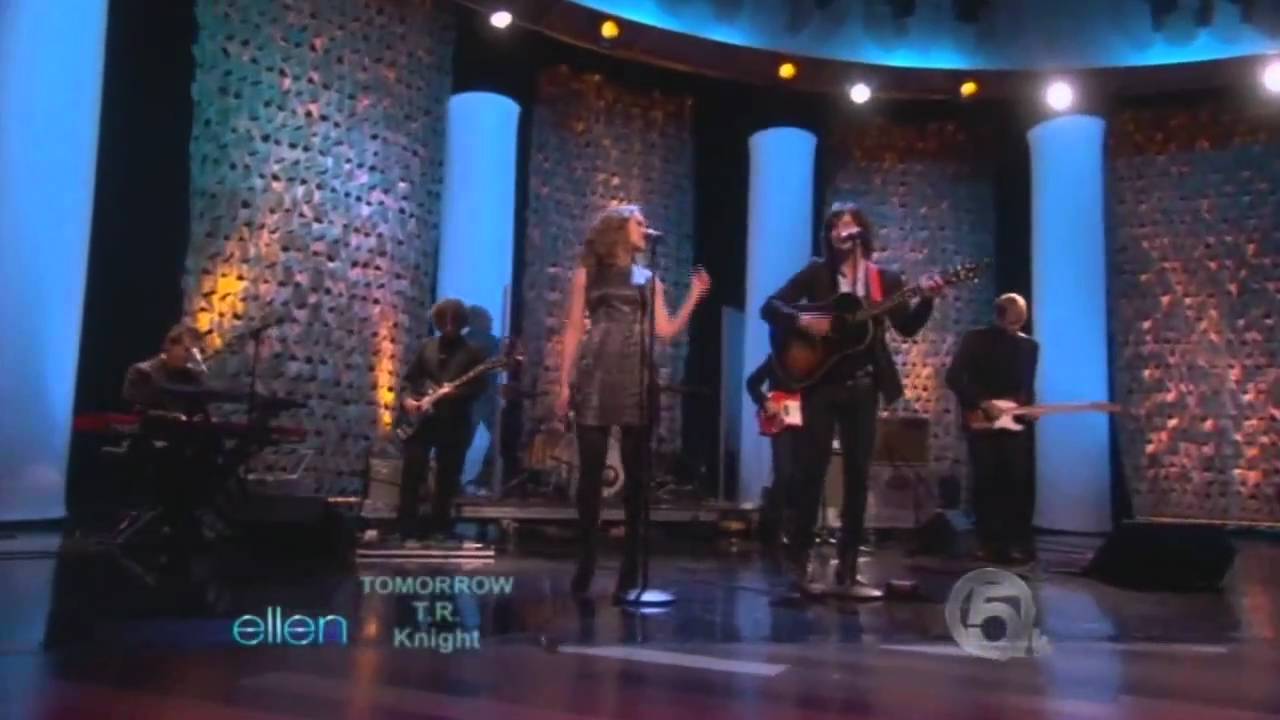 Johansson lent her acting and vocal talents to the 2016 animated musical hit, Sing – bringing life to the angsty, adorable, rock n’ roll-loving teenage porcupine, Ash. But Sing was hardly Johansson’s first musical role — the star played a down-on-her-luck, aspiring songstress in the 2009 romantic comedy He’s Just Not That Into You.

Johansson’s voice is so pleasant, in fact, it had a starring role in Her — a futuristic romance about a lonely man who falls in love with his Siri-like virtual assistant, Samantha. Never once seen in the film, Johansson’s Samantha sings a hauntingly beautiful tune called “The Moon Song” that will absolutely break your heart. You’ve been warned.

If Johansson weren’t an actress, it’s safe to say the multitalented star could have enjoyed a successful singing career. She’s released two studio albums — Anywhere I Lay My Head (2008) and Break Up (2009) – with Pitchfork praising her voice in her debut album for its “wide textural range.” And she isn’t giving up her voice anytime soon (sorry, Ursula). In April 2018, Johansson announced a brand new EP called Apart by releasing an electronic-pop inspired single, “Bad Dreams.”

EVERYTHING WE KNOW ABOUT LADY GAGA’S NEW MAKEUP LINE

Bedroom Confession! Mariah Carey Reveals How Many Men She’s Been With

Busty Bella: Bella Hadid Falls Out of Her Shirt

Jackie Kennedy had the most beautiful wedding ever

Did Ryan Gosling and Eva Mendes Break Up?